Only in Cape Town will they make you compete in over 40knots… and I love that!

This past weekend I competed in the first competition in Cape Town of the year – the Jerry’s WOO big air competition. The entry included a free burger, drink and woo mount (WOO devises were supplied at the event) and the forecast was looking great so I was really looking forward to it!

The women’s heats started quite early so the wind was light but I still managed to get the highest women’s jump on my 9m North Dice! Only 8m high so not my best jump but still good enough to make me number one on the leader board and through to the next round. 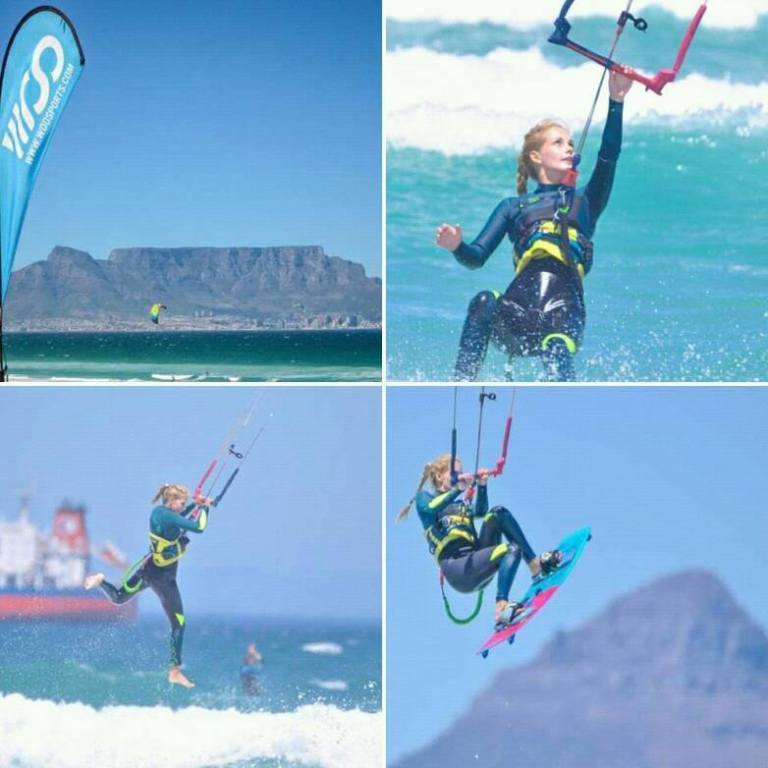 Because of the large number of entries, the competition lastest a few hours and I had to wait a really long time to compete again. By the time we did the finals, the event organiser got all the girls together to ask us if we still wanted to compete (the wind was now gusting up to 40knots at times, with a 30knot average). All in unison, we happily decided to go through with the finals. The second I hit the water I realised I had made a huge mistake! The wind was unbearably strong, even with my 5m fully depowered. I tried a few jumps but lost my board twice. By the time I got to my board I was so far downwind I had to walk up the beach to get upwind again. It took two people – my husband and the event organiser – to pull me up the beach by my harness while I dangled in the air. With the heats now being 15 minutes long, I had enough time to go back into the water to try one more jump. After that last jump I quickly got out of the water and landed my kite and soon after the buzzer went off to sound the end of the heat. Relieved the heat was over, I walked up the beach, my eyes closed against the sharp grains of sand hitting my face, feeling seriously disappointed at how badly I had jumped. But all in all us girls were all really proud of ourselves for battling it out in the tough conditions – especially since one of the girls was only 12 years old! Girls can do what boys can too.

Another hour went by of the men’s finals and I was happy to see my sister’s boyfriend, Daryn du Preez, amongst the open final competitors. He had some tough competition though, with the wind getting even stronger and the guys reaching up to 20m jumps! After the finals, we all stood and watched the likes of Aaron Hadlow and Kevin Langeree taking part in their own personal big air competition, and started readying ourselves for the prize giving. 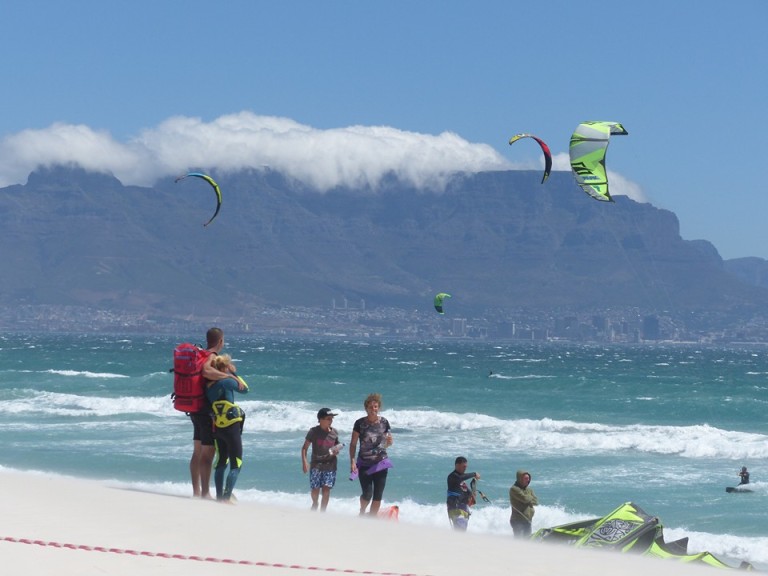 It turns out that in the finals I managed to jump 7.2m and that qualified me for 3rd place so I wasn’t too dissapointed. But being my competitive self, I was still not happy! Fellow Capetownian Emmie Ruddock got 2nd place and Lisa Videira, all the way from Angola, got 1st place. Altogether we had 10 girls competing, a great turn-out! I really hope we will continue to have such a good turn-out in the rest of the competitions. The other ION and North Team rider, Aron Rosslee, also got a 3rd place in his junior division, so it was a good day for our little team! 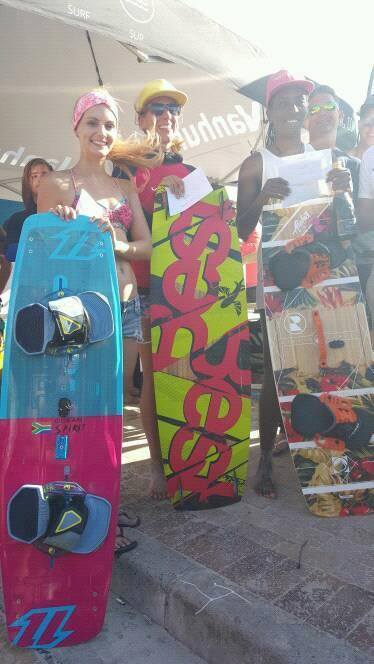 Daryn (my sister’s boyfriend, remember?) ended up getting a 5th place with a 17m jump – a new personal record for him! We then also found out that Kevin Langeree had beaten Aaron Hadlow’s world record by jumping 22.9m and that Aaron had then gone out and claimed back his record with an even more astounding 24.8m jump! What a day. We had been watching history in the making, right in our backyard.

Only in Cape Town will they make you compete in over 40knots. I love that because it pushes you beyond your measure. If you can make it in the toughest conditions, how much tougher will you be in the easiest conditions? I love it because it causes you to fly higher than you thought you could and that leaves you inspired and wanting more!

I am a professional kitesurfer living in Cape Town. I love trying out a variety of watersports and adrenaline filled activities but kitesurfing will always be my favourite! I also love writing and travelling. View all posts by Michelle Sky

Welcome to my blog! 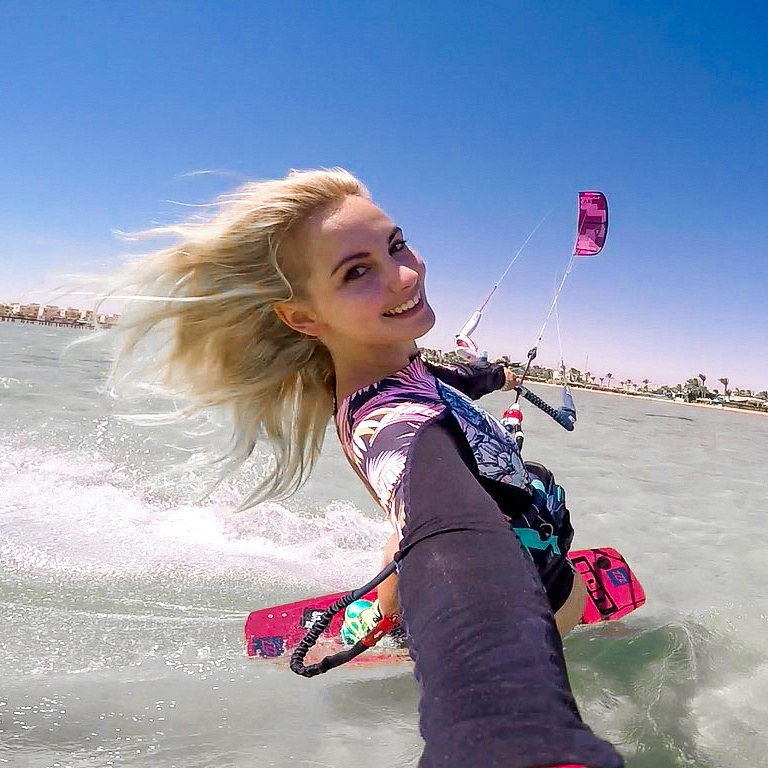 I am a small town girl now living in Cape Town. I am a professional kitesurfer who loves travelling and writing. I believe in living a good, clean lifestyle lead by God's love and peace. Check out my posts to read all about my kitesurfing adventures and what I get up to when there's no wind!